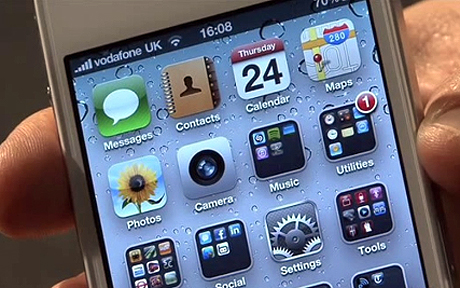 Data collected throughout last year found the 16GB version of the model made up an average 8.94 per cent of all smartphone trade-ins throughout the year, peaking at 9.82 per cent of all trade-ins during the year’s final quarter.
Samsung’s Galaxy S3 and S2 i900 followed in second and third place, whilst the iPhone 4S (16GB), 5 (16GB), 3GS (16GB) and 4 (8GB) also made appearances in the top 10.
This dominance led to Apple becoming the most traded-in brand of mobile phone, with an average of 28.9 per cent of all trade-ins being an Apple device.
Samsung was the second most traded-in brand, averaging 19.95 per cent of all trade-ins, followed by BlackBerry with 15.3 per cent.
Apple’s iPad 2 (WiFi, 16GB model) was the top traded-in tablet of last year, making up 9.3 per cent of exchanged tablets. In fact, eight of the top 10 traded-in tablets were iPads, averaging 74.16 per cent of the sector, with cameo appearances from the Galaxy Tab 2 10.1 in second position and the Nexus 7 (16GB) in sixth.

High trade-in monetary value and increasing memory capacity in newer models is likely to be the reason behind such a high trade-in rate for Apple devices.
However BlackBerry Z10, which was worth £315 in the January of 2013, averaged only £100 by December – a depreciation of £215. Samsung’s Galaxy S4’s value fell by £161 throughout the course of the year, from £406 to £245.
The data compiled by comparemymobile.com also found six of the top ten mobile phones with the highest trade-in values were devices released that year, with BlackBerry’s Porsche Design P9981 model offering the highest trade-in value at £500.
Due to this particularly high value, BlackBerry was the top brand in offering the highest value for a smartphone, followed by Apple with a highest price of £480 and Samsung with £406. Motorola owners may be left disappointed, after their handsets only attracted a high of £151.